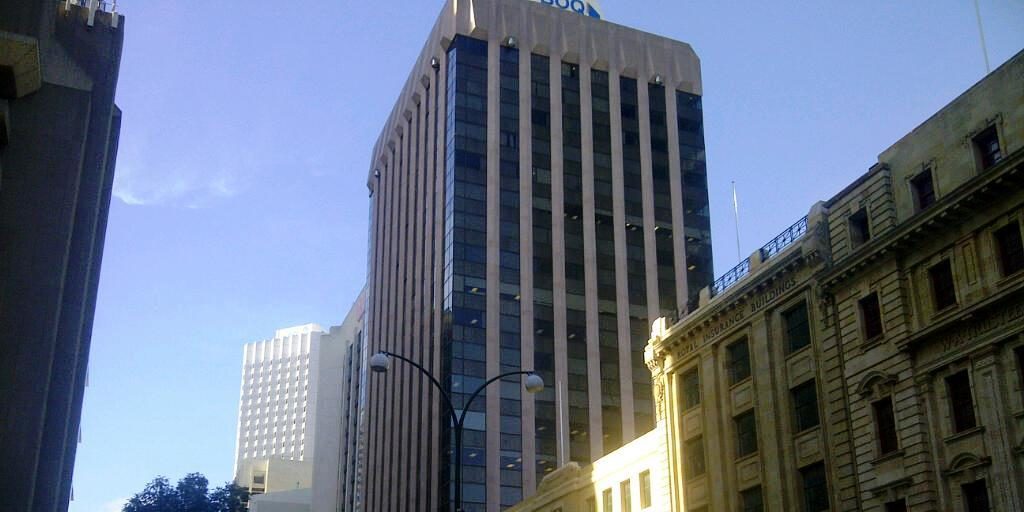 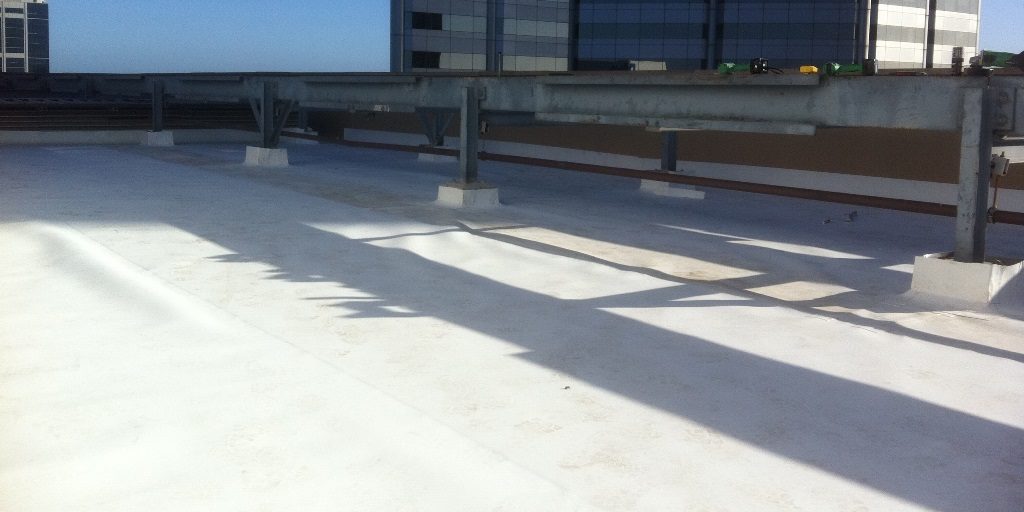 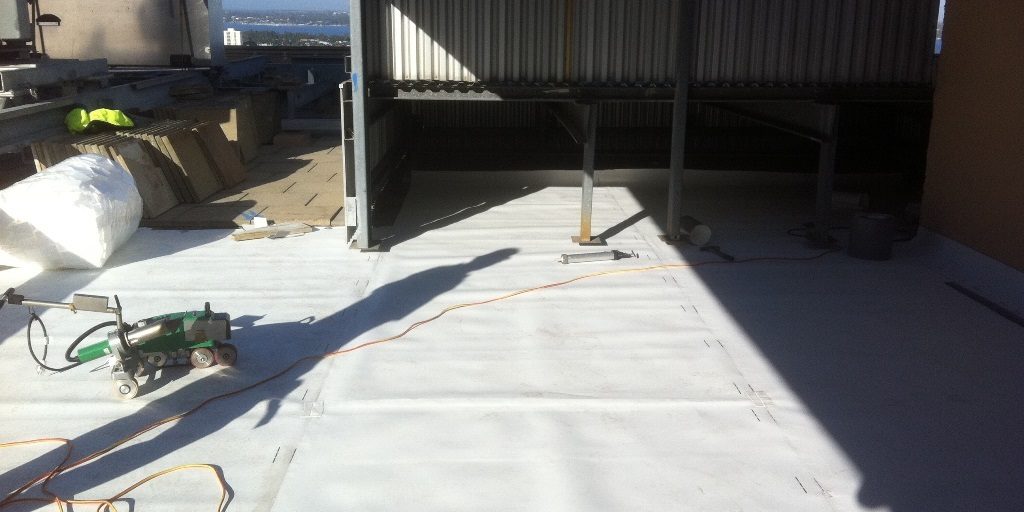 One Eleven St Georges Terrace is a medium sized office building that has been prominant on the Perth skyline for some time.

Located within the CBD, One Eleven St Georges Terrace waterproofing had reached its use-by-date many years ago.

Attempts had been made to maintain the existing two layer torch on system including over coating with acrylic membranes but ultimately a new waterproofing system was the only long term solution. When Mick and Simon Douglas from Waterproof Products WA were asked to look at a replacement system for this roof they immediately thought of ARDEX TPO.

As with any replacement of an existing waterproofing system one of the biggest problems is the removal of the old membrane especially from high rise buildings with limited access.

With TPO this is no longer a problem as the TPO sheets can be simply installed over the existing membrane with a minimum of preparation.

On this particular project the old waterproofing membrane was covered with 600 x 600 concrete pavers which in most cases, would need to be removed and stored while the work was carried out.

Working around plinths, vents, drains and other fittings proved to be no problem using TPO as the material can be formed and moulded to complete a watertight seal and any exposed edges were finished using ARDEX pressure seal.