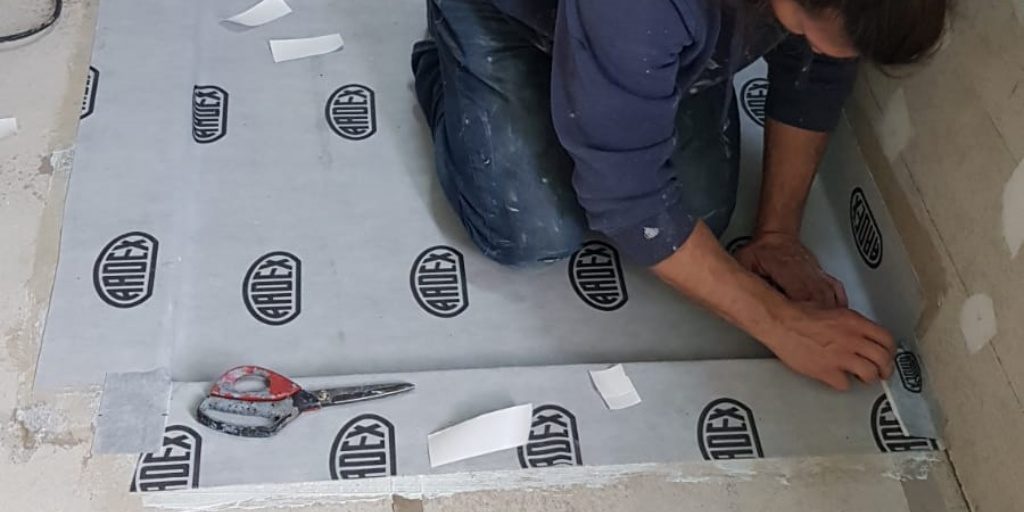 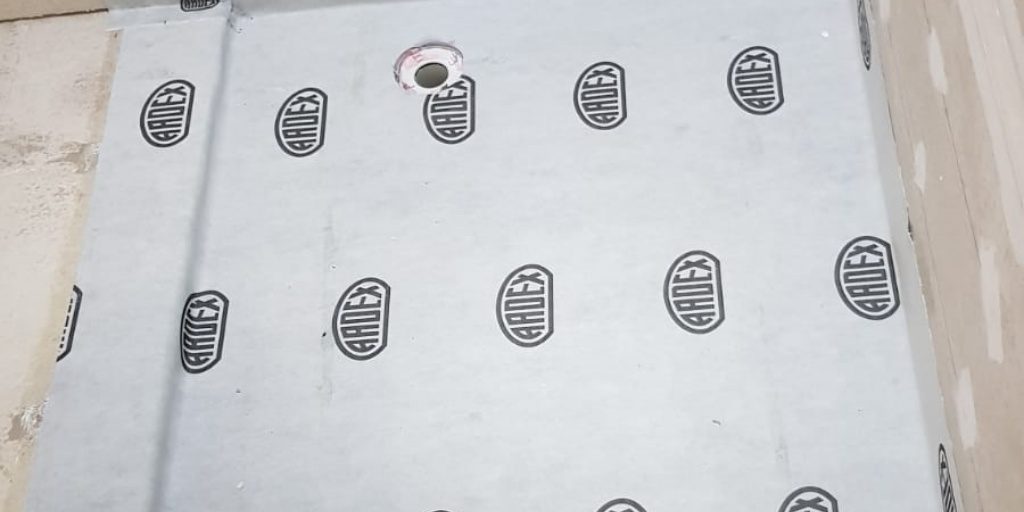 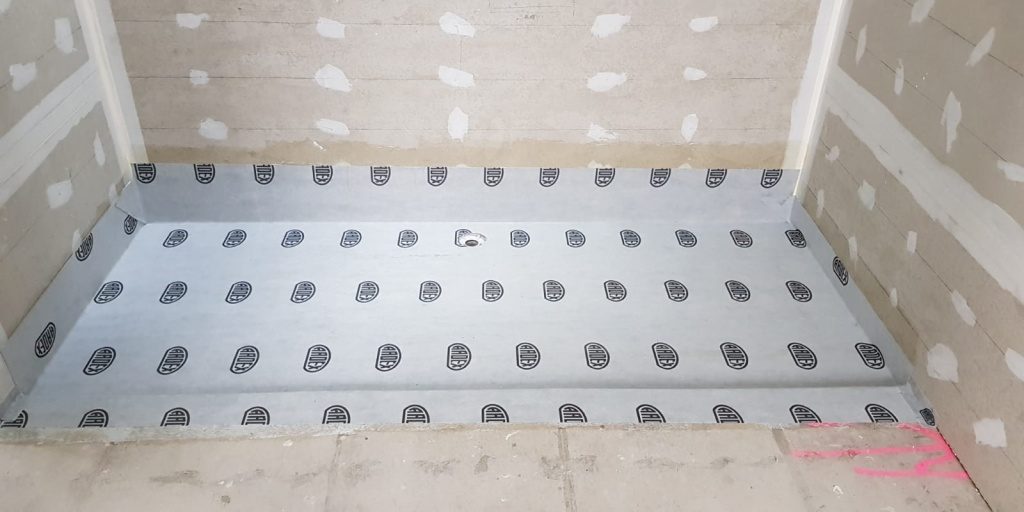 The team at Hitch Property Constructions were able to help out a customer with an urgent project.

By the time the team at Universal Tradesmen received the call, the client was already under pressure on the refurbishment, and for reasons beyond their control. Being a large job, they were desperate to complete this on time. Due to various delays, hold ups in one area started to affect the next, delaying the entire job.

The client was already behind when they began the bathroom refurbishment. They had pulled out the original fittings, fixtures and tiling, and they were ready to waterproof. Some liquid membranes take up to four days to dry after the second coat and they needed to make up for lost time. They gave the team at Universal Tradesman a call, who had the perfect solution.

Four days idle on a bathroom job is not only painful for the builder, but the client too. Liquid membranes can be easily damaged whilst drying, leading to further delays. ARDEX WPM 750 Undertile Butynol sheet membrane was specified as the solution to help overcome these challenges.

The highly skilled waterproofing team at Universal Tradesman had applied ARDEX WPM 750 and completed the bathroom within a two hours and informed the client they would be able to start work again only 60 mins after application. After only one hour after completion of waterproofing, the contractors were back to work tiling: allowing them to shave over 3 full days off the job.

With time saving and reliability of the waterproofing membrane to the entire job costing, the builder stated that by estimate the project worked out to be significantly cheaper. It was completed quicker, and saved costs on labour. Most importantly, the refurbishment was delivered on time, with a high level of customer satisfaction. The builder mentioned how impressed he was with the product, efficiency and knowledge of waterproofing.

If you’re interested in saving days on your next job, ARDEX WPM 750 could be the product that takes your refurbishments to the next level.