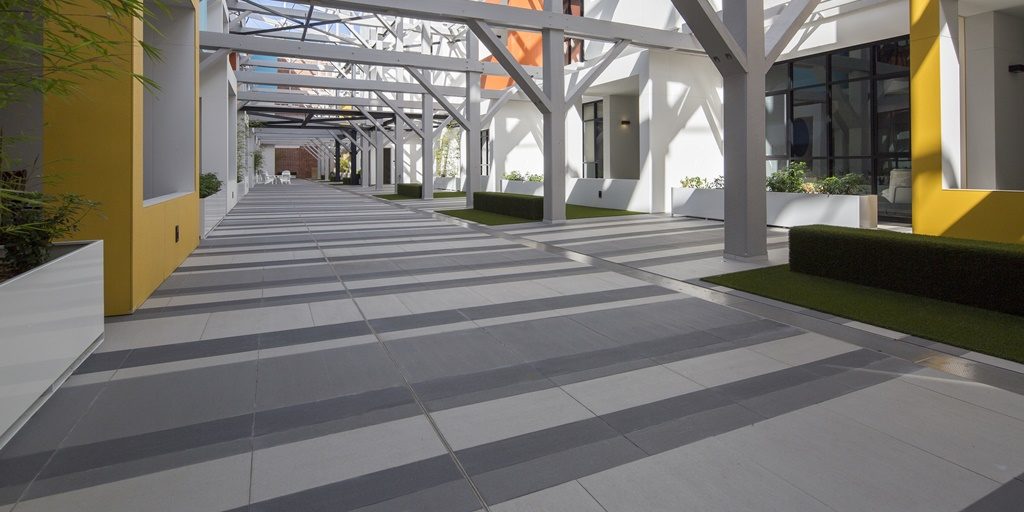 Located in the heart of Fremantle, the Heirloom apartments is situated a short walk from the South Terrace café strip, popular swimming beaches and the Fremantle Town Centre. The building itself was originally Fremantle’s Dalgety Wool Stores – a heritage listed building. This project helped demonstrate the versatility of converted industrial spaces.

Unique Elements
The building itself was an old heritage listed wool store with old timber structure floors. The floors were also sheeted with JH Scyon, so special materials were needed to suit the system.

As part of the aesthetic, the architect had designed an open courtyard on the roof, which meant the roof had to be removed. This then exposed the Scyon flooring to external elements, which could cause liquid applied membranes to crack on the sheet joints.

With ARDEX WPM 002 Liquid applied membranes originally specified over the Scyon walkways which were covered by the roof, the original specification had to be rethought.

Solution
Sheet applied membrane systems was specified due to concerns about movement. If movement were to occur underneath a sheet membrane, it would then decouple from the substrate, thus eliminating issues of cracking with liquid membranes.

As ARDEX were the only manufacturer of fleeced and tileable sheet waterproofing membranes, ARDEX were able to provide the perfect solution. The contractors decided to proceed with ARDEX WPM 750 WeldTec Undertile Butynol as it resists tearing, flex cracking, bubbling and abrasion.

As an adhesive for the ARDEX WPM 750 sheet membrane, ARDEX WA 98 adhesive – specially formulated for Butynol applications – was used. ARDEX X 18, a strong fibre reinforced, flexible tile adhesive suitable for external applications, was then applied to fix the tiles down.