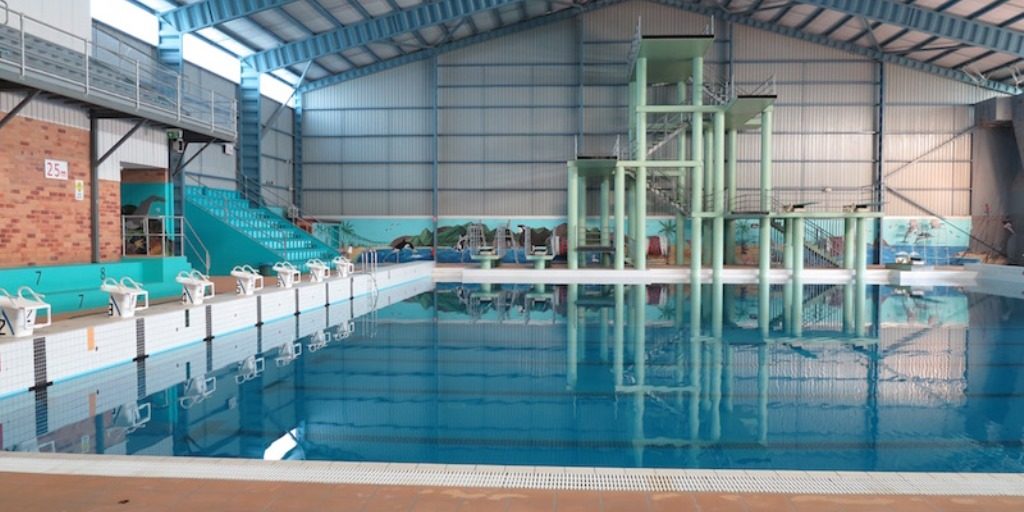 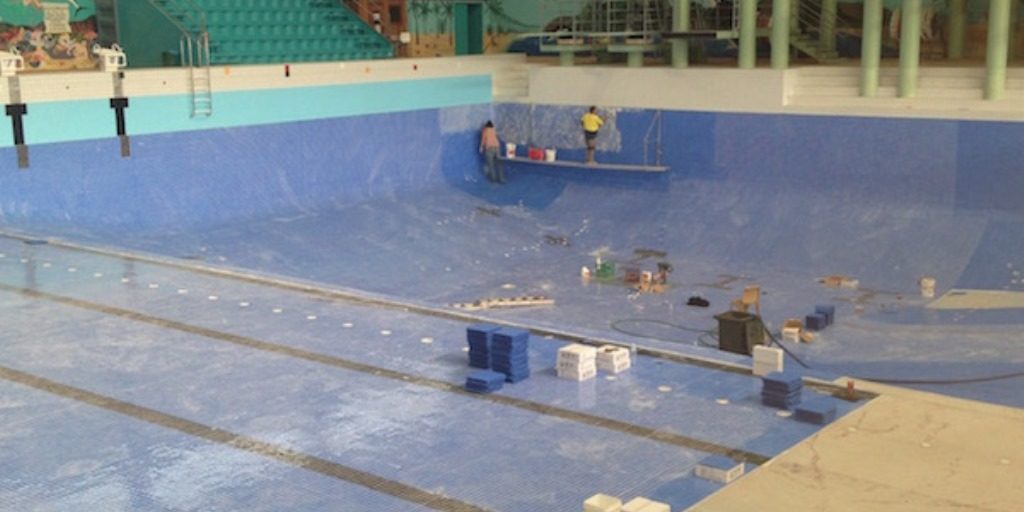 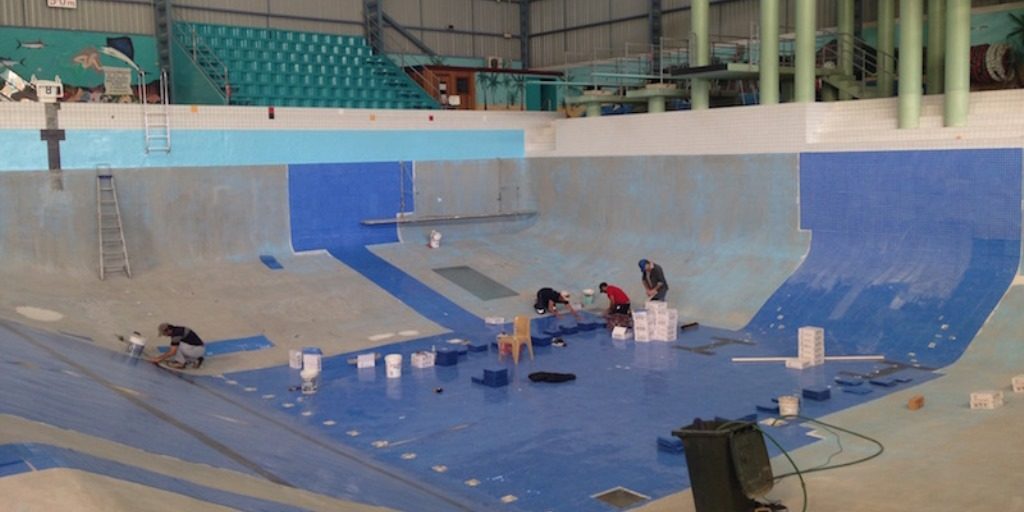 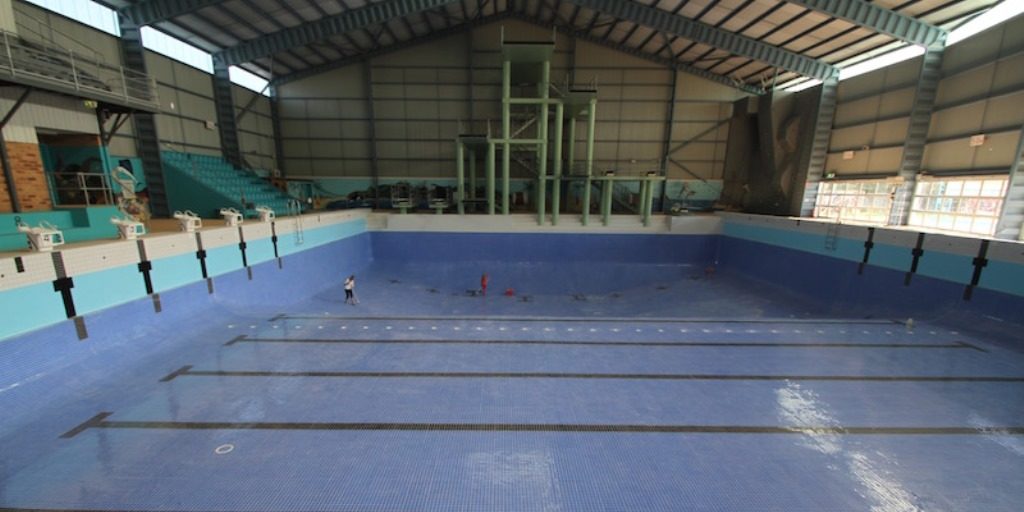 Lightning Ridge, well known amongst Australians as the home of the black opal, is located nearly 800 kilometres from Sydney with an official population of around 3000 people. Earlier this year, the ARDEX NSW Sales Manager and NSW Key Account Manager made their way to the Lightning Ridge Olympic Pool Site. Both were excited about potentially being involved in this project and later worked with the tiling contractor to ensure the project ran seamlessly.

CHALLENGES:
There were various challenges that had to be overcome for this project to run to schedule. The indoor heated pool (25m by 33m) had a depth of 2.5 metres at the shallow end through to the middle and 5 metres at the deep end. The time frame was only two months, which in itself was a huge challenge. The pool had never been emptied since it was opened in 2011, so there were a lot of unknown factors, such as, how long would the pool take to empty, to dry out, how difficult would it be to get the old paint off, would anything happen to the overall structure of the pool when the water was drained and what tiles would be best for the project.

PROJECT REQUIREMENT:
To complete the project from beginning to end in two months – empty; repair; tile; refill; treat water; choose a tile that would look great but at the same time suit a commercial heated pool; and a tiler who could work within the two month timeframe.

UNIQUE ELEMENTS:
The complex’ staff were able to purchase Italian glass tiles for the project which look outstanding and give the pool a contemporary look. In addition, the tiler and his team who completed this project were town locals.

To date, a children’s 200 sqm pool and the diving pool spanning 1200 sqm have been tiled.

ARDEX provided a System for the project that included ARDEX X 18, a superior polymer tile adhesive for wall and floor because of its extended open time and non-slump benefits.