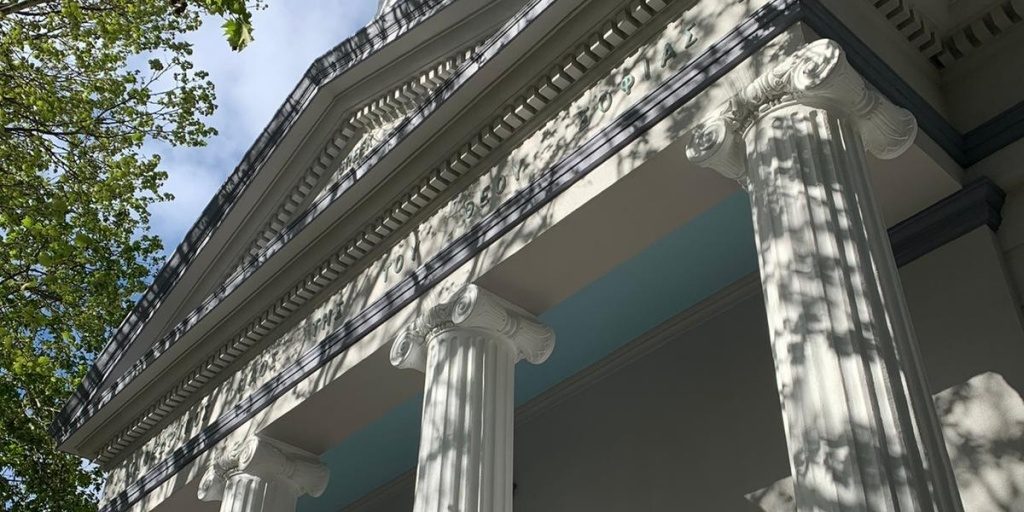 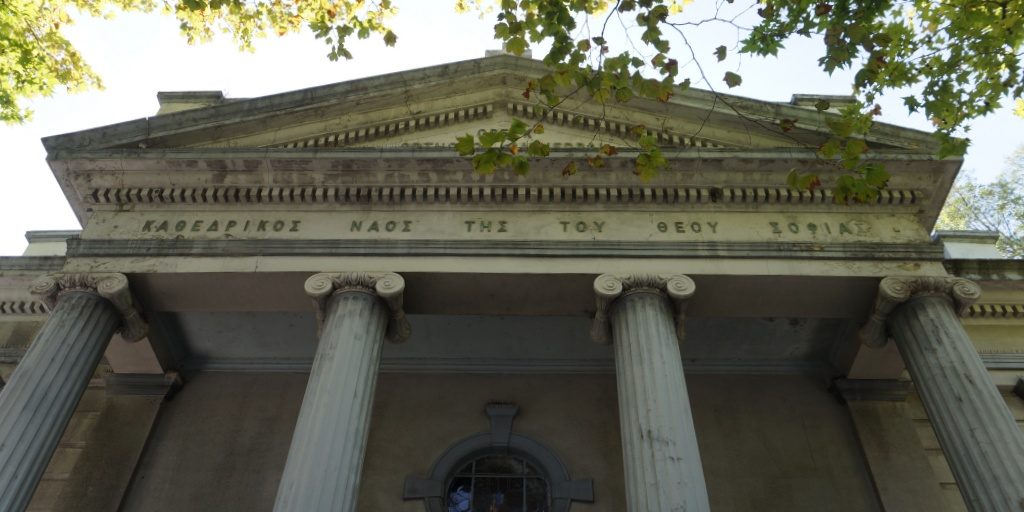 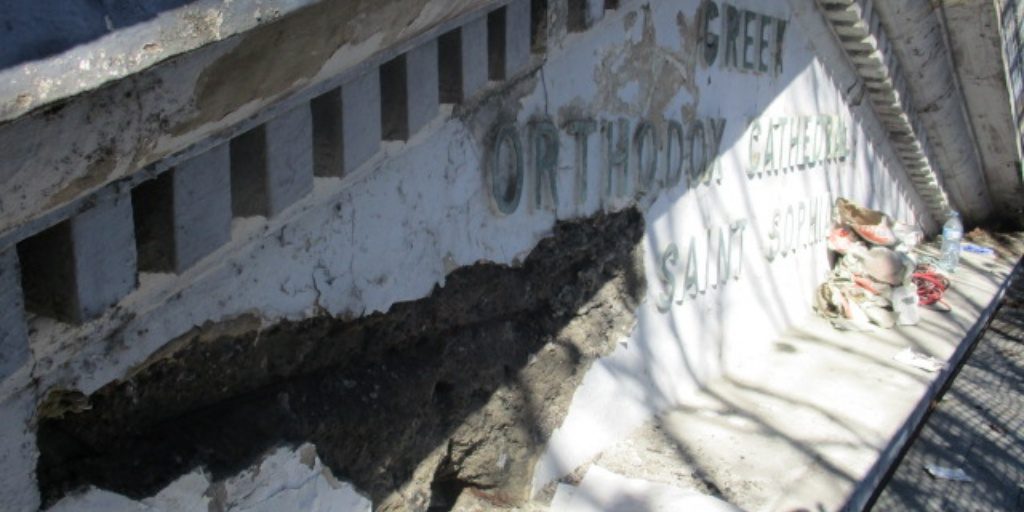 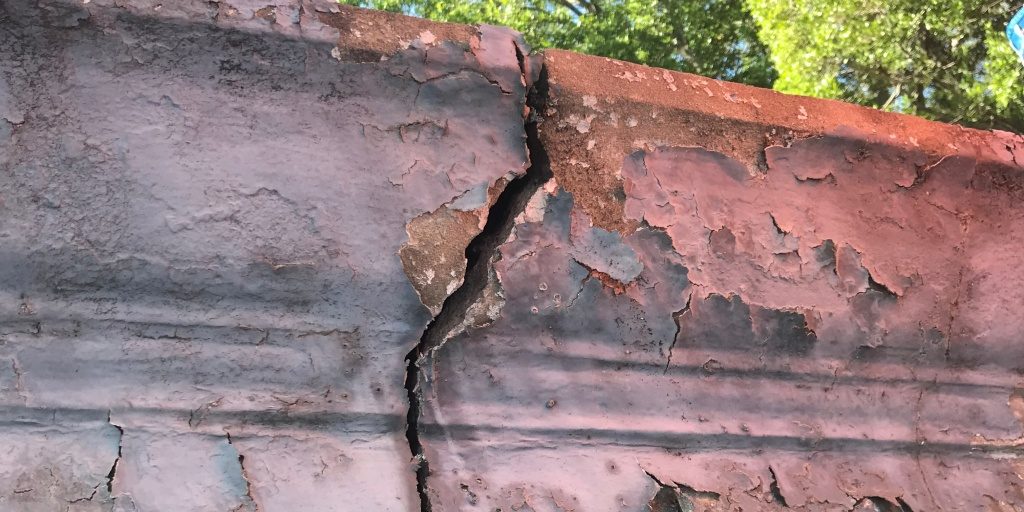 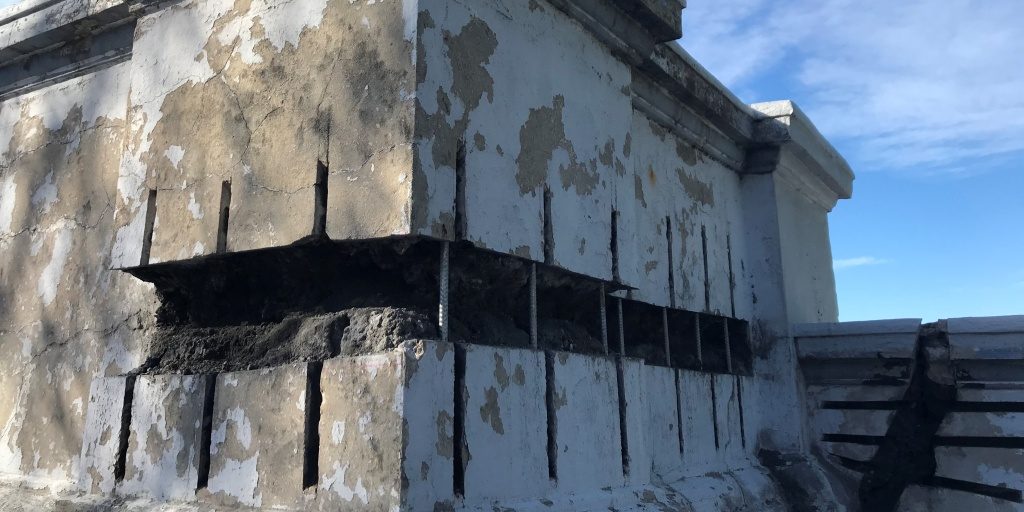 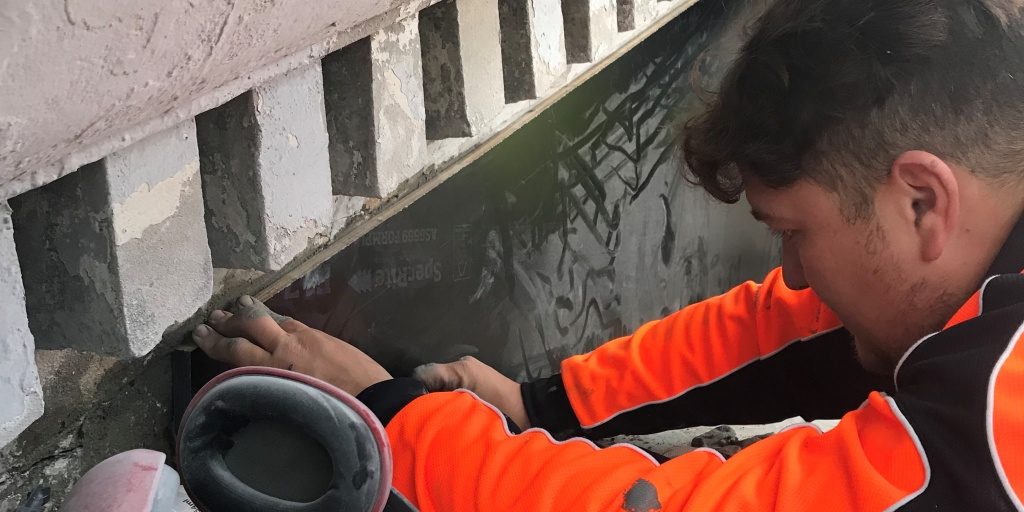 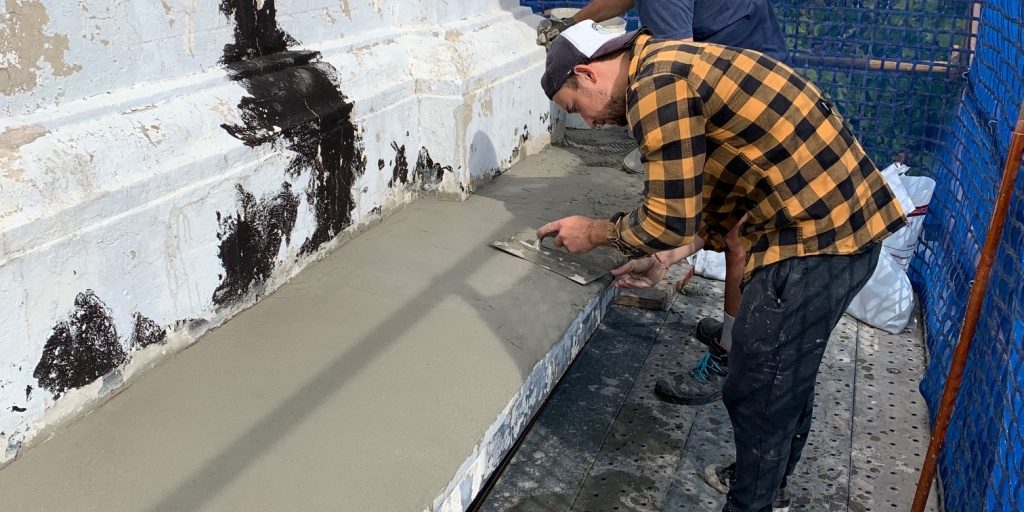 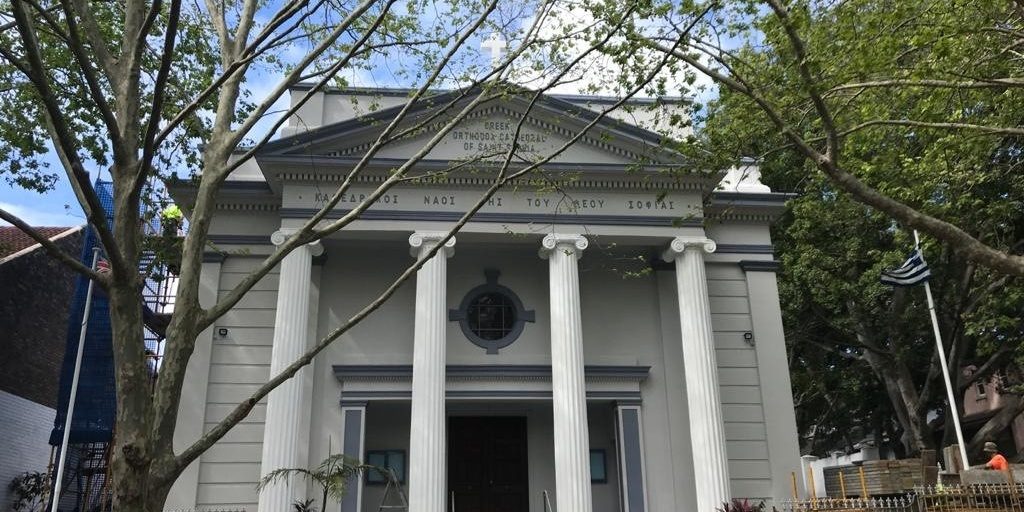 Unique Elements
With the cathedral being 93 years old at the time and being exposed to multiple elements for a lengthy period, there was significant accumulated structural damage. Parts of the building were crumbling, and large cracks had appeared.

The front façade had suffered from reinforcement corrosion with large sections of the concrete mix completely saturated, resulting in corrosion of the steel reinforcement. The left and right corners of the upper level frieze shifted by up to 20mm. And the bedding of the top moulds/corbel had delaminated. The supporting walls which underpinned the entablature were supported off a base slab tied into the structure – forming an intricate gravity based system to support the main wall and entablature.

Saint Sophia was also heritage listed by the NSW Government in 2015, and as such, any work was required to be undertaken in accordance with the Burra Charter. This meant that no alterations to the façade of the building were allowed, other than to reinstate original features.

Solution
BellMont Façade Engineering diagnosed, designed and specified the materials and systems required for the project. As a NSW State Heritage listed item, the design of the solution absorbed extensive time and detailing to maximise the use of existing fabric. All materials that were required for this restoration were approved by BellMont Façade Engineering, ensuring that the Burra Charter was at the forefront of the restoration project. BellMont Façade Engineering designed and supervised installation of the support for the front façade – which was 8 metres above ground level – during the sequential repair of heavily corded reinforcing bars and spalled concrete of the front and rear face of the main entrance wall. This allowed for the front and rear faces of the wall to be repaired separately.

While the elevated wall was being repaired, a propping system was designed to support the entablature – 8 metres above the main entrance portico. The entablature was repaired with ARDEX BR 345, a Microtec® fibre-reinforced structural concrete patching and repair mortar which contains an active corrosion inhibitor.

Approximately 200 lineal metres of ARDEX WPM 1000 WeldTec External Waterproofing Membrane were applied to waterproof the corbels on the building, with the membrane made up of a synthetic rubber with properties which resist ageing from heat, sunlight and ozone. The system was then completed with a liquid membrane coating to match the remainder of the church façade.

800 square metres of ARDEX WPM 310 External Façade and Roof Membrane was applied to the façade of the cathedral. ARDEX WPM 310 is a tough, UV stable and flexible membrane that is designed specifically as a general-purpose membrane for exposed wall and roof waterproofing.

To help prevent further cracking in the structure, 30 lineal metres of Rhino Carbon Fibre Crack Stitching was installed with ARDEX RA 88 PLUS (Multi-Purpose Epoxy Repair Adhesive). Once installed, the Rhino Concrete Crack Lock permanently bonds both sides of the crack together.