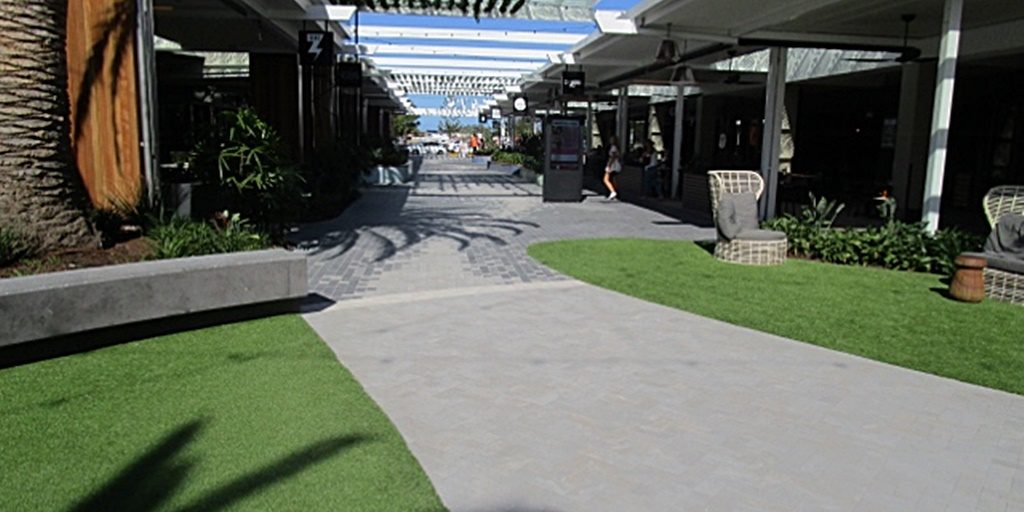 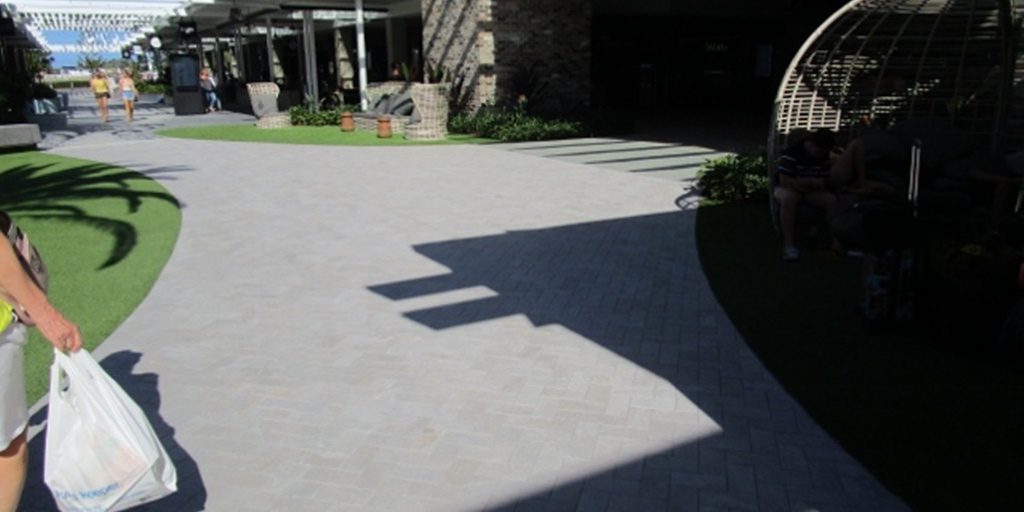 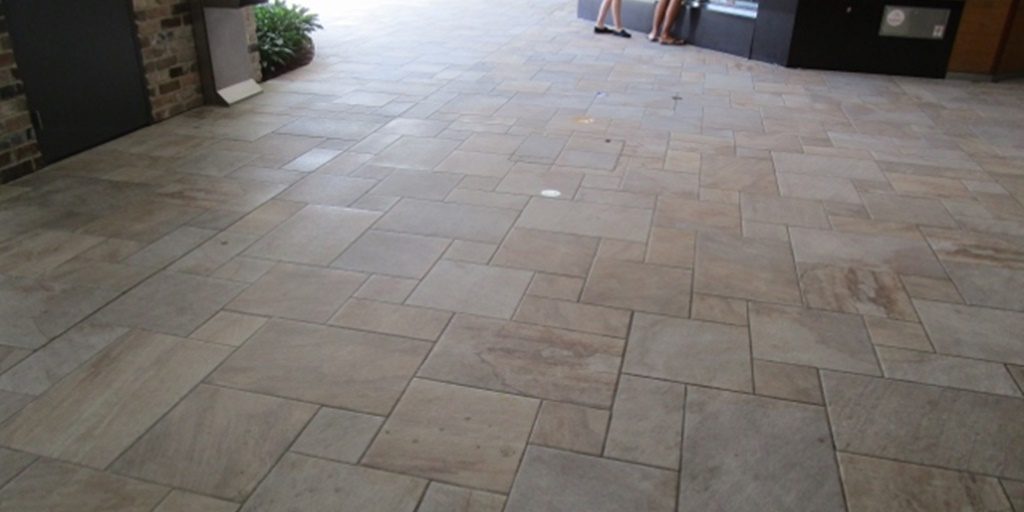 The project involved renovating the food court from the cinema complex at one end to the decorative fountain at the other, which is a total of 4000m2 plus an extra 1000m2 of tile adhesive fixed direct to the new concrete.

Challenges
The primary challenge was that the substrate was formed in many small separate panels of concrete and/or brick paving with a central dividing walkway of pebblecrete and broken mosaics. One section of asphalt had to be removed and new concrete cast for the new tiles near the fountain.

Work had to be completed between 9pm and 6am every day as the cinemas and retail food outlets had to remain operating throughout the period.
Additionally, the tiles in the al fresco dining areas had to be laid in a French bond pattern using a mix of square and rectangular tile shapes up to 600 x 600mm in size. Whilst a similar style was laid in the central walkway.

There were some moisture concerns as the ARDEX system had not been used externally prior to this project. Finally, the thresholds of each retail food outlet had to be finished with minimal slope.

Solution
A specific ARDEX system was recommended to ensure a consistent and high-quality look. This system included ARDEX Flexbone UI 740 which is a high load-bearing, bonded, uncoupling membrane which is ideal for use with tiles and stone in high traffic areas. The system helps neutralise underlying substrate movement and supports and distributes heavy loads from above. It also helps prevent grout joint and tile damage from movement and deflection.

ARDEX Quickbond and ARDEX E 90 admix was the adhesive used which provided a quick-dry solution so no retail outlet was affected and could continue trade as normal. ARDEX FG 8 cement-based grout provided excellent workability and ensured a smooth finish.

The builder decided on using the recommended ARDEX Flexbone system as a result of moisture concerns. As the tiling contractor was not a familiar with ARDEX products, ARDEX provided resources onsite demonstrating the correct installation techniques.