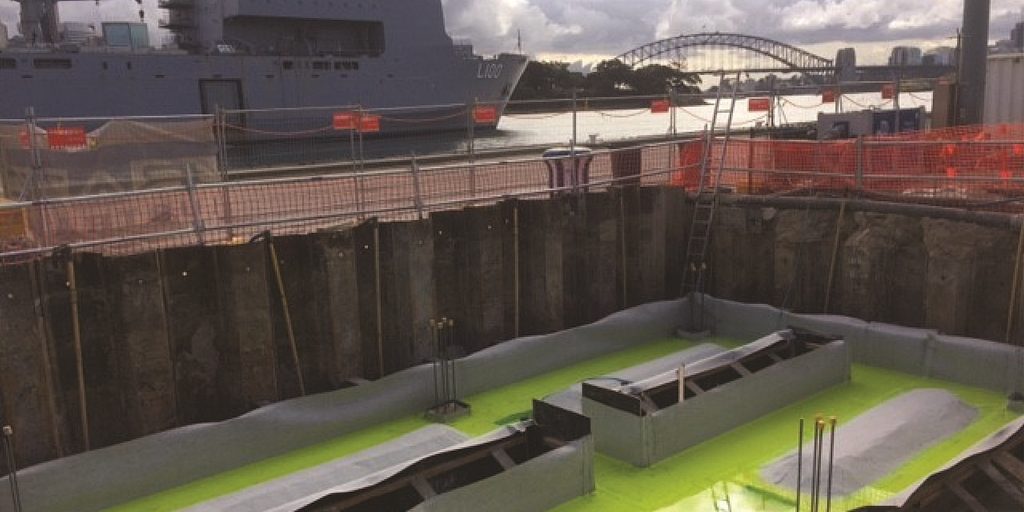 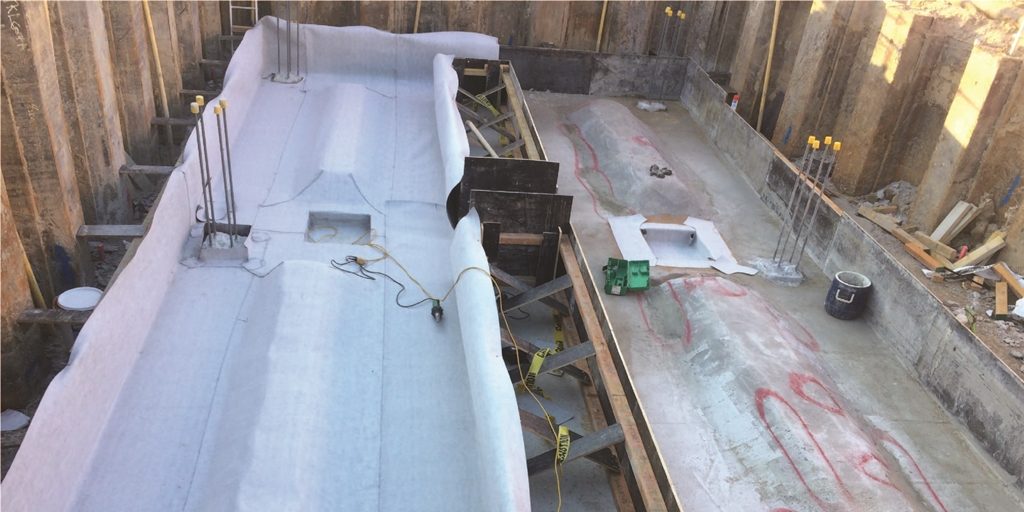 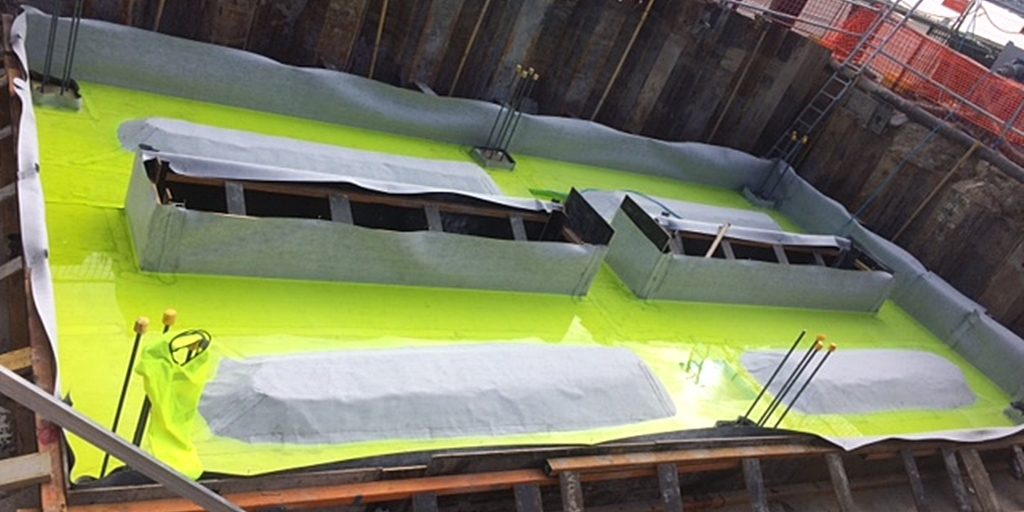 The Garden Island Naval Base is location North-East of the Sydney Central Business District and forms a major part of the Royal Australian Navy’s fleet with approximately half of the major fleet units using its wharves as their home ports.

Challenges
The location of the base and scope of the project meant that work was to be completed approximately 1.5m below the Sydney Harbour waterline. An installer experienced in below ground works was required for this project as the structure had to remain completely dry due to the area being an electrical substation.

The pile caps on this project were found to be extremely poor, and there were raised mounds within the floor area that needed to be detailed. These were discovered on site during work and not detailed into the site drawings or highlighted during discussions.

Being a government project, a tight turnaround was also required. Speed of application was of primary importance for the selection of a system as the project also had a very short window for installation.

Solution
ARDEX was able to provide a solution for below ground works by specifying ARDEX WeldTec WPM 1500 – a pre-applied, fleece-lined, weldable tanking membrane designed for below ground tanking. 300 square metres of membrane was subsequently applied for this project.

ARDEX WeldTec WPM 1500 was detailed around pile caps and a “pitch pocket” was created using off-cuts of WPM 1500. This was then filled with ARDEX EG 800 F flowable commercial epoxy grout system and 5/2 aggregate.


Products used for this project